The History of Fort Tuthill 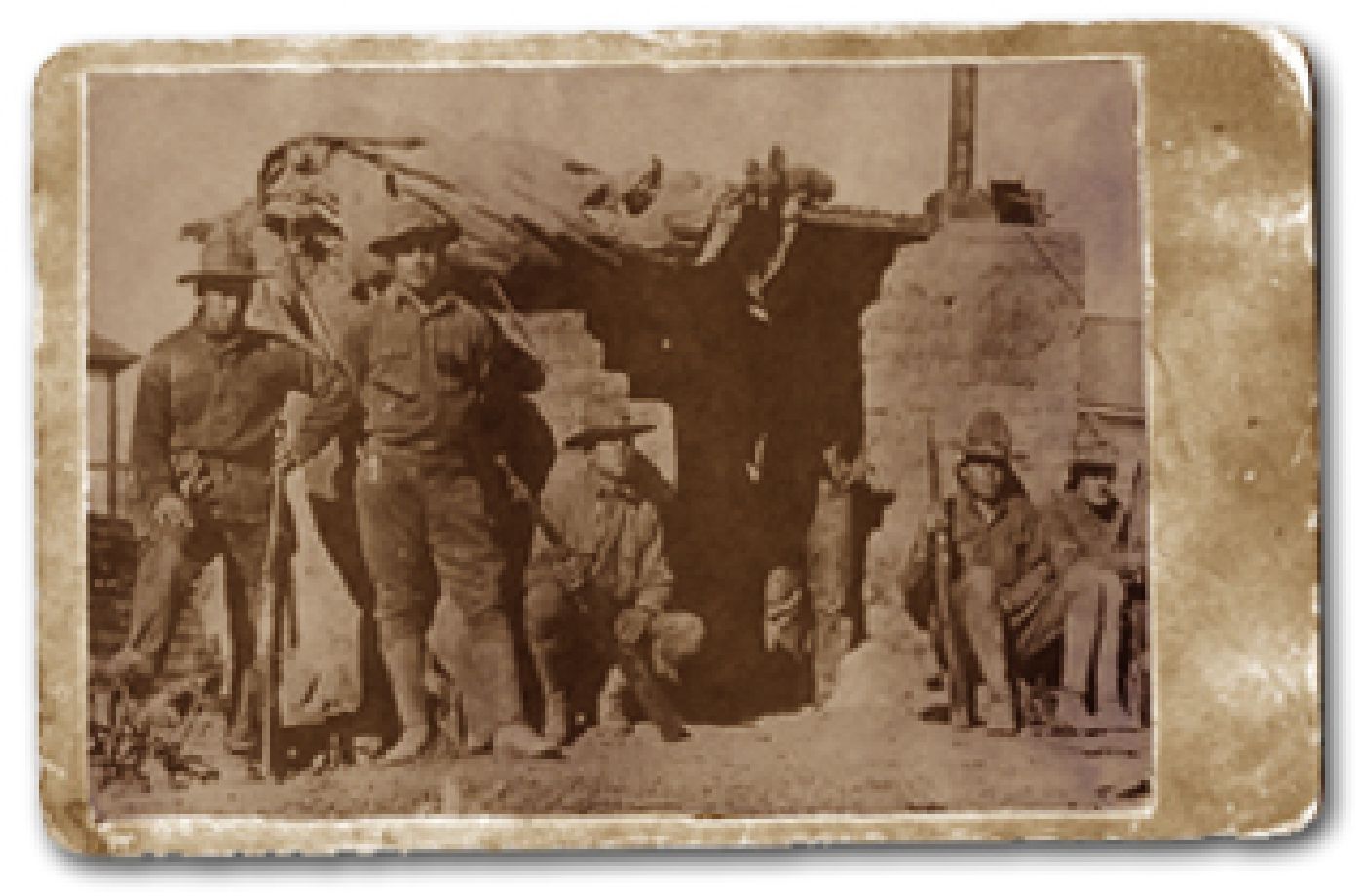 The 158th Infantry regiment traces its origin to the First Regiment of Arizona Volunteers organized in 1865. The unit, comprised of Mexican Americans, and members of the Pima and Maricopa Indian tribes, was equipped with hand-me-down uniforms and weapons and generally poorly treated by other military units. However, they proved effective in their several campaigns. Unfortunately, neither the soldiers nor officers were paid and the unit was disbanded after some eighteen months in the field. In 1877, the regiment was designated as the First Arizona Infantry and continued to provide security to citizens of the territory. Ten of the regiment’s officers and 117 enlisted men volunteered in April of 1898 to join Teddy Roosevelt's Rough Riders. The Arizona Unit, known as the 1st Volunteer Cavalry, commanded by Col A. 0. Brodie, consisted of two companies commanded by Captains Buckeye O'Neill and James McLintock. The colorful Captain 0'Neil was killed by a sniper during the Battle of Santiago. Captain McClintock was seriously wounded and later served as Colonel commanding the 1st Arizona Infantry Regiment. Col Brodie was appointed Governor of the Arizona Territory in 1902. 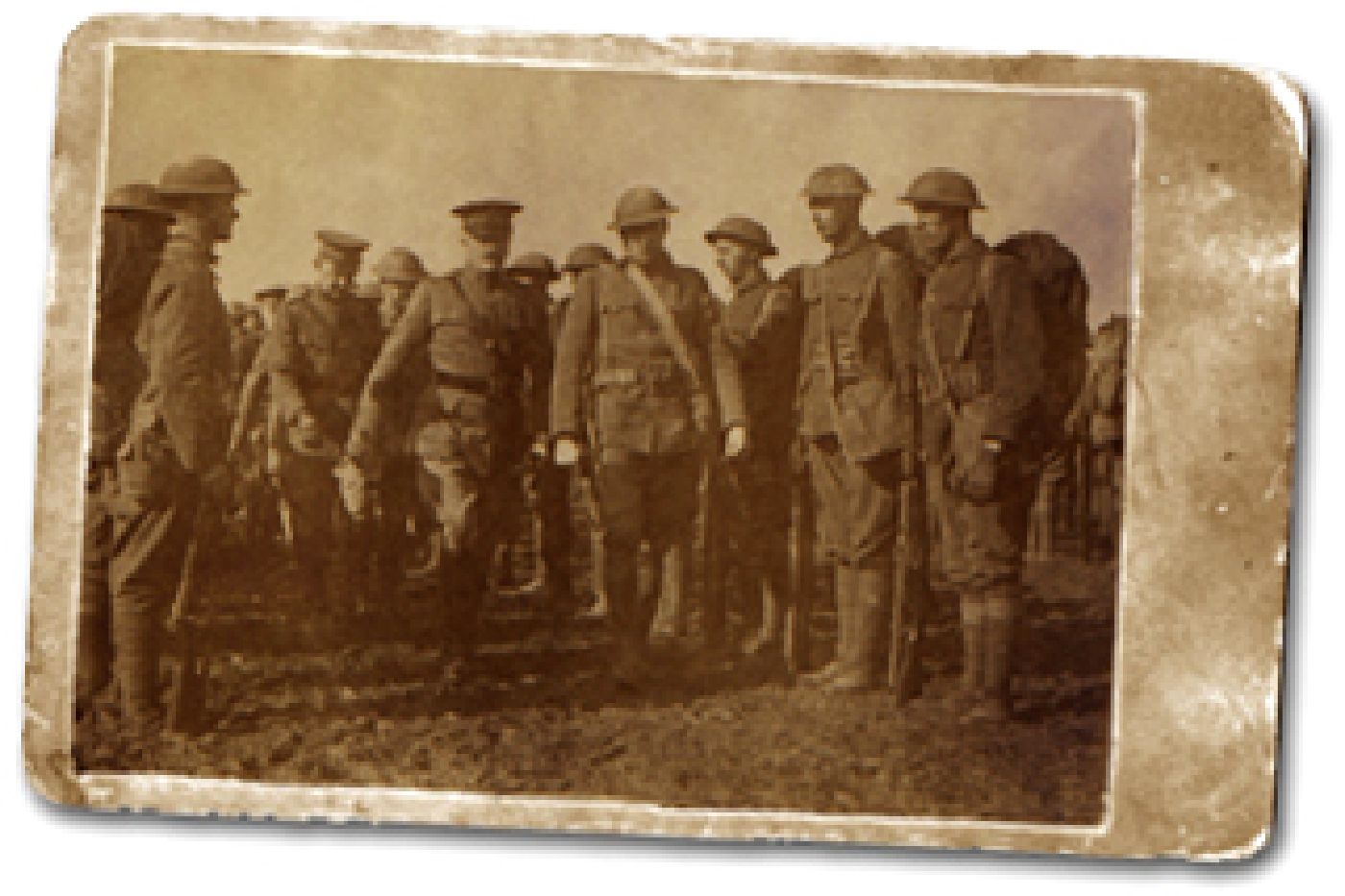 On May 9, 1916 as a result of raids on American Border towns by the Mexican Revolutionary Pancho Villa, the First Arizona Infantry was called into Federal service serving as part of U.S. Forces stationed on the Mexican Border under command of General John J. Pershing. Designated the 158th Infantry Regiment on August 3, 1917, the regiment served in France during WW I as part if the 40th Infantry Division. While in France the 158th was selected Honor Guard for President Woodrow Wilson during the Paris Peace Conference. The Regimental Band was also designated as the President's Honor Band.

From 1929 to 1937, again in 1939, and for the last time in 1948 the regiment trained at its permanent field-training site, Fort Tuthill outside Flagstaff Arizona. The facilities location in the pine covered forests of Northern Arizona allowed the regiment to meet training objectives not possible in the heat of the Arizona desert. As a result, when mobilized, the officers and non- commission officer staff were well prepared to meet the accelerated training objectives associated with preparation for combat to include the challenges involved with integrating replacements necessary to bring the regiment to full combat strength. During training at Fort Sill Oklahoma and Camp Barkley, Texas, the 158th was one of four infantry regiments making up the 45th Infantry Division. In 1941 as a result of a restructuring of the Army Division from the Square, or four-regiment model, to the triangular, or three-regiment concept, the 158th was removed from the 45th Division.

In December 1941 the regiment embarked for Panama. It’s mission was to train in jungle warfare and assist in Canal Zone defense. The distinctive shoulder patch of the 158th Regimental Combat Team depicting the Bushmaster snake coiled around a jungle machete would later evolve from this Panama training experience. Due to their specialized jungle training, General Macarthur requested the regiment be sent to the Southwest Pacific Theater. There the regiment along with the 147th Field Artillery Battalion South Dakota National Guard and supporting units operating as the 158th Regimental Combat Team, "Bushmasters," compiled one of the distinguished combat records in World War II. Often relieved by entire divisions as they moved on to their next objective, the Bushmasters major campaigns included: 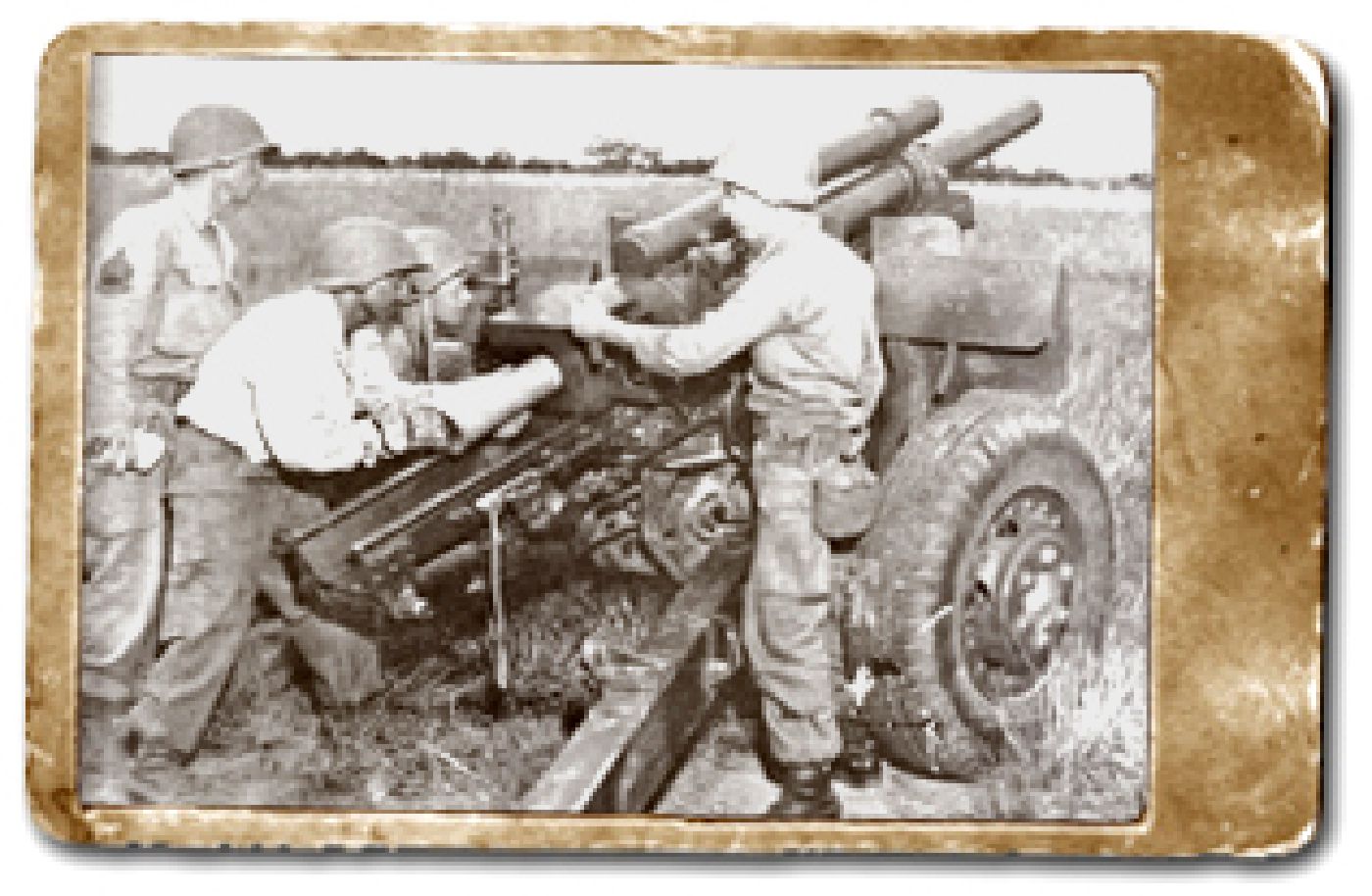 As a result of its outstanding record the combat team was selected, along with the 40th Infantry Division, to spearhead the invasion of Japan four days prior to X Day. The 158th mission was to silence Japanese Air warning stations on the island of Tangashima off the Japanese coast. Army Headquarters advised the Bushmasters to expect casualties as high as 75%. Japan's surrender eliminated the need for this high-risk operation. On October 1,1945, the 158th Regimental Combat Team sailed for Yokohama and its final mission as part of the U.S. Occupation Forces. The combat team commander, General Hanford McNider, described his Bushmasters as,"One of the fightingest little armies in anybody’s history.” Tokyo Rose called them, “The Butchers of the Pacific.” By any measure, the 158th Regimental Combat Team will be remembered and respected as one of the outstanding fighting organizations of WW II.

The 158th Regimental Combat Team wrote the book on ‘Jungle Warfare’ with its own blood. Any history written about the war in the Pacific would be incomplete if it failed to mention the many military exploits of the ‘Bushmasters.’ You have set records that will never be broken. The 158th served five and one-half years on active duty and was:

Selected as one of the units to spearhead the invasion of Japan landing four days prior to the main invasion force on a small island off the island of Kyushu to silence Japanese early warning stations. You defeated the Japanese who had never been defeated in modern history. It is my pleasure to salute you Bushmasters for a job well done."

Although initially alerted for possible mobilization, the regiment did not see service during the Korean War. However a considerable number of officers and men from the regiment and other units volunteered for service during that conflict. On December 17, 1947, as a result of restructuring of Army National Guard units, the 158th Infantry Regiment's 102-year history came to an end. During ceremonies on the football field at Phoenix Junior College, former members of the regiment watched as the Regimental Colors were retired and the regiment passed in review for the last time. However this event was not to be the last chapter in the Regiments storied history. In 2005, Department of the Army authorized one battalion of the Arizona Guard to carry the designation first Battalion 158th Infantry.

On September 17, 2006, thirty-eight years after the colors were retired, a review was held at Arizona National Guard Headquarters, “Bushmaster Field.” There, soldiers of the new First Battalion 158th unfurled their colors and campaign streamers and paraded, marking the continuation of the 158th distinguished heritage and tradition. Soldiers of the battalion are authorized to wear the distinctive 158th Regimental Crest depicting a desert gila monster on a blue shield over the Spanish word “Cuidado.” Although not authorized to wear the famous “Bushmaster” patch of the 158th Regimental Combat Team the unit continues to operate as 1st Battalion 158th Bushmasters. Former members of the regiment and combat team share pride in knowing the regiments traditions and history are carried on by the 1/158th Infantry.

The Battalion was mobilized for service in Afghanistan in January of 2007, returning to the home station in March of 2008. During combat operations as a part of that mobilization, Staff Sergeant Charles Browning and PFC Mykel Miller were killed in action. Twenty-four of the Battalion’s solders were wounded in action. The unit, as part of the 29th Brigade Combat Team, continues its training to assure the 158th Infantry will be prepared to serve their country wherever the “Bushmasters” may be needed.

The 2005 museum opening featured a ceremonial transfer of the Regimental Colors from WW II members of the regiment to the Battalion Commander and Command Sgt Major of the newly formed 1st Battalion 158th Infantry Regiment. The ceremony signified the passing of the distinguished history and tradition of the famous regiment to 1st Battalion. The battalion served in Afghanistan from 2007-08 with smaller units and 12 man teams deployed through the summer of 2013. The museum exists to assure the 150 year-old history of the 158th Infantry Regiment and its soldiers both past and present continue to be preserved.

Did you know? In 1934 machine gun mounted ferry boats manned by soldiers of the 158th Infantry
patrolled the Colorado River in a dispute with California over water rights.

Thanks for filling out our contact form! We will respond to your request promptly.